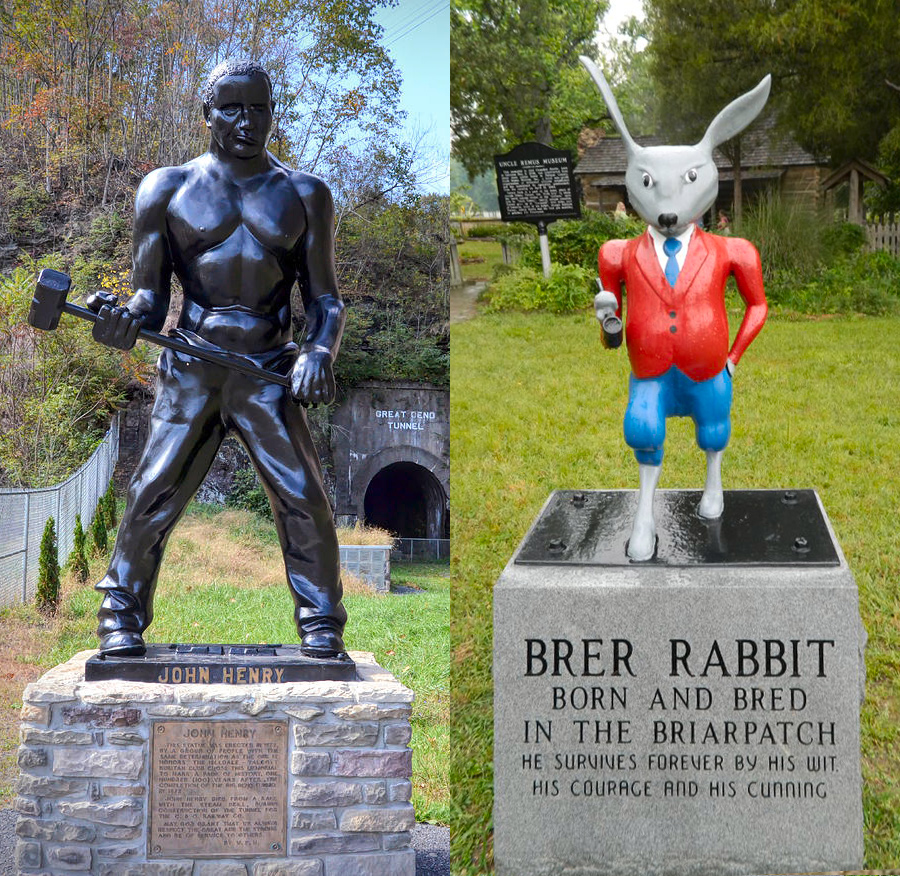 The dual nature of High John the Conqueror

I was coming up with a list of idioms the other day that reminded me of High John and realized how many different characteristics and traits could be combined into a single a prayer while still remaining true to the energy of that spirit:

“High John, give me balls of brass, nerves of steel, a silver tongue, an iron will and a heart of gold,
let me be a pussy magnet with the Wisdom of Solomon and a big swinging dick with a Midas touch,
make me as lucky as a cat with 9 lives who always lands on his feet, and a true King of the Jungle. Amen.”

Years ago I asked an older practitioner what he thought John the Conqueror was all about and he thought for a moment.

“Power, I would say. Raw power, brute force, you can see that in the way the roots of the plant itself just conquer and take over and choke out every other species in the general vicinity.  But also – and this is just as important – cunning, wit, winning by a sort of good-natured trickery where he always comes out on  top no matter how cruel or devious his enemies are.”

I’d always been told that High John combined the two main characteristics of strength and a sort of sly caution – drawing on both to overcome even the worst situation with some type of humorous happenstance – but why would such a powerful character need cunning at all? Why couldn’t High John always be direct?

“The weak in courage is strong in cunning.”
– William Blake

But of course, neither High John nor his devotees were print-shop owners in 18th century London, were they?

As a cultural archetype, High John represents an Afro-diasporic parallel to the Greek transition from the semi-divine “strong man” hero of ancient tragedy (e.g., Hercules) to the trickster who lives by his wits (e.g., Odysseus, protagonist of western culture’s first true comedy).

Embedded in this duality are traits which make the High John a vital template for cultural survival, telling the story of an African prince kidnapped from his home and transported to the New World in chains to pick cotton.

No longer able to challenge his foes directly – for such would mean certain death – John was forced to adapt to the emasculating system of slavery by compensating with various strategies of dissimulation, among them bravado (puffing up a courage that may in reality be lacking) and playing dumb (feigning ignorance of acknowledged facts ).

“Weak in courage” or not, no male slave could afford to challenge the power structure of the Old South directly or risk being whipped, sold down the river or worse.

High John might keep that passionate ember of rebellion against injustice, desire for the joys of life and masculine pride burning deep in a slave’s heart, but the reality is that the very worst situations a slave could encounter on the plantation had to be resolved though trickery, cunning and dissimulation – there was no other option. This is the source of the other side of High John, the “Bugs Bunny” trickster energy he is also famous for.

“I have never made but one prayer to God, a very short one: Oh Lord, make my enemies ridiculous. And God granted it.”
– Voltaire

Thus, this odd combination of characteristics – overpowering and outwitting – is not a paradox at all, but simply a logical byproduct of unique historical circumstances and the genius of a people to survive.

*Consider also cultural heroes like the Viking Thor or the Yoruban Shango, both thunder gods overflowing with passionate male energy who were perfectly willing to disguise themselves and pretend to weak and submissive when they had to – even as women!