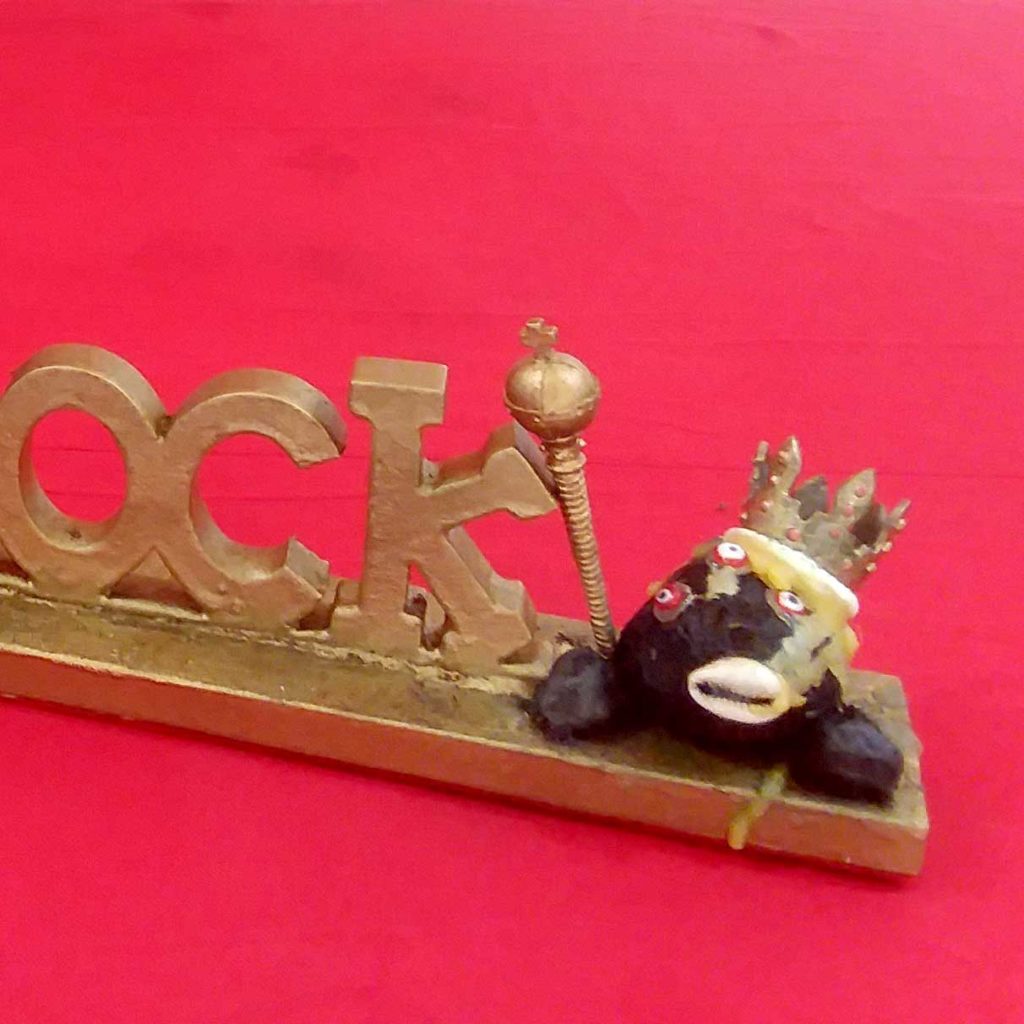 I got a folky kitchen sign from Cracker Barrel made out of carved wood that said “Kiss The Cook” in cut-out wooden letters. I sawed off part of the last “o” so that it now read “Kiss the Cock” instead, removed the resin rooster, and replaced it with a John the Conqueror root and two lodestones. I attached some personal concerns to him with beeswax and gave him a crown from a Veggie Tales action figure that I filled with cubeb and damiana. He also got three red Turkish “Evil Eye” beads as eyes.

There are three things which are stately in their march,
Even four which are stately when they walk:
The lion which is mighty among beasts
And does not retreat before any,
The strutting cock, the male goat also,
And a king when his army is with him.