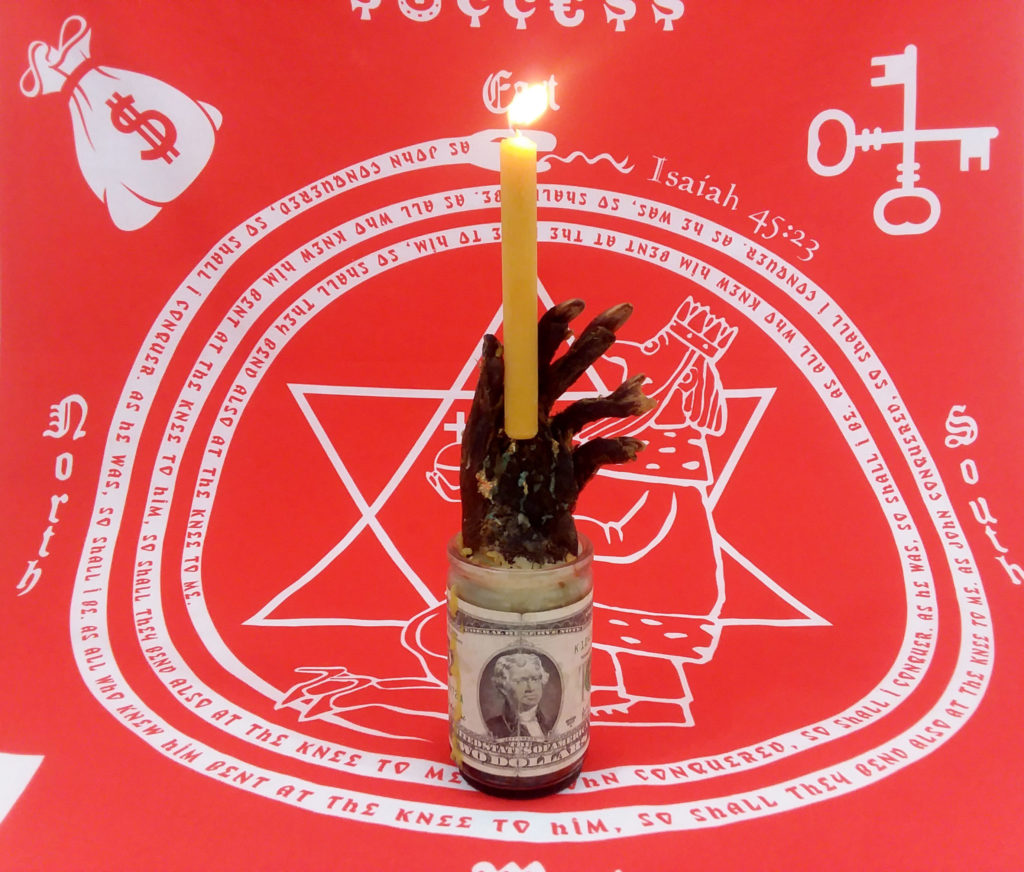 How to Make a combination Monkey’s Paw & Hand of Glory

This invention represents a hybrid fusion of two legendary talismans:

Enough background, here’s how to build it:

If everything went smoothly, you should be left with a hairy monkey hand emerging from a money-covered jar filled with a mysterious yellow substance. If you’re dexterous, try squeezing a standard chime candle in between the paw’s thumb and first finger so it can illuminate your path while you pray Matthew 6:3-4:

But when you give to the needy, do not let your left hand know what your right hand is doing, so that your giving may be in secret. And your Father, who sees what is done in secret, will reward you openly.

As a side note, keep an eye on this thing when it’s lit since once the candle burns down past a certain point, it will begin to singe monkey hair.