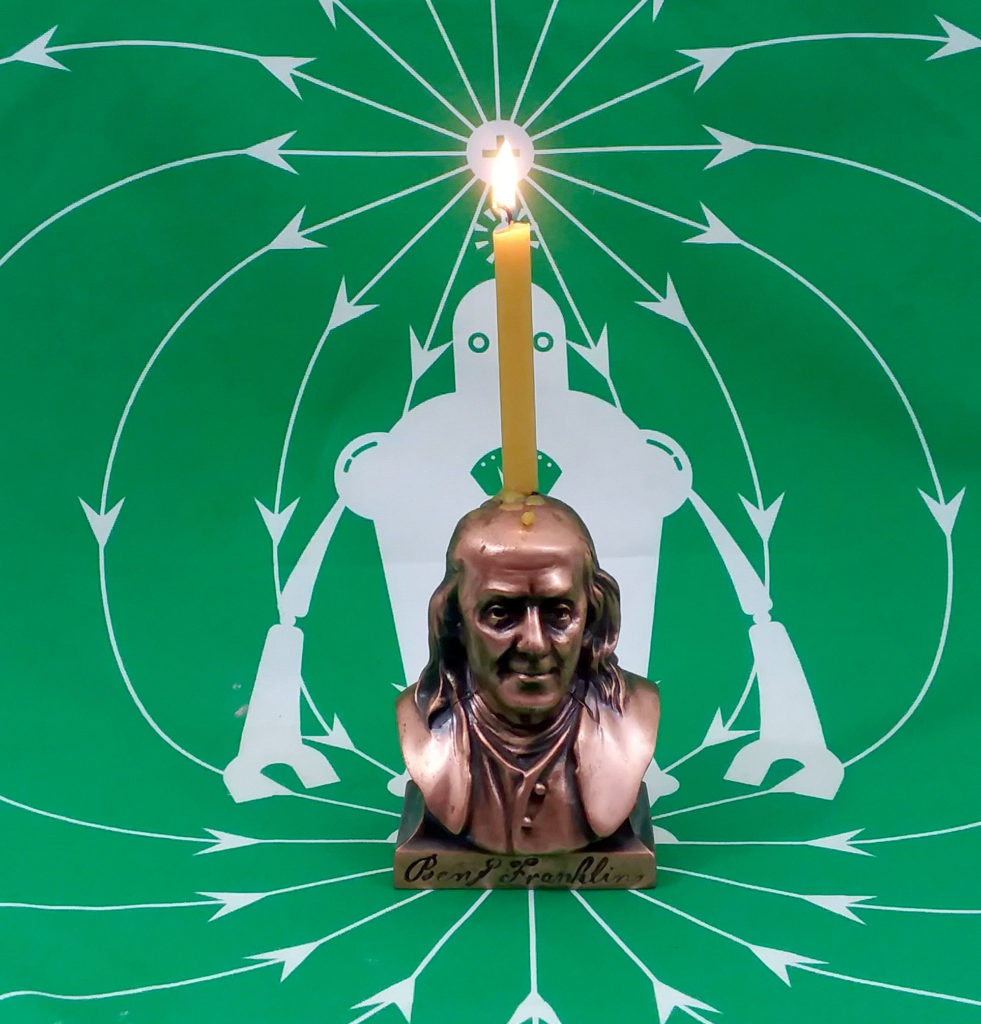 How to make a Benjamin Franklin money fetish

An all-American legend, Benjamin Franklin is simultaneously the president on the $100 bill who advised folks to be “early to bed and early to rise” AND a member of the secretive “Hellfire Club” who had frequent hallucinations due to untreated syphilis contracted from French prostitutes.

I wish I could say I had some fantastic inspiration for this piece, but basically I had a miscellany of money mojos and pocket pieces sitting around that I could never remember to carry, so I just sprayed them all with whiskey, loaded them into the bottom of a coin bank and then sealed it with beeswax.

If I was going to make something like this from scratch, I would probably use:

Also included in the bottom are dirts from: